Christianity Today Is Wrong, As Usual, About Slavery, Racism & Trump And Now They’re Endorsing ‘Reparations’ As The Liberal War Upon Christianity Heats Up To The Boiling Point 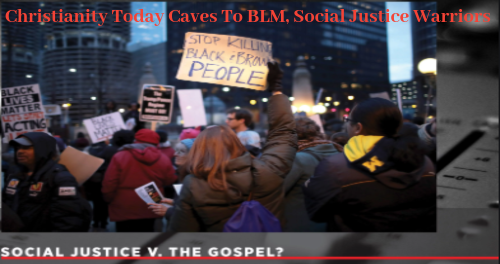 By Don Boys, Ph.D. for All News Pipeline

Recently, Christianity Today (CT) published an article they thought was adding to the racial solution but it only made it more confusing, convoluted, and combustible. The title “Justice Too Long Delayed” suggested, “it’s time for the church to make restitution for racial sin.” While there were some thoughtful points, it was typical leftwing propaganda.

CT’s history of condescending false intellectualism is pitiful, nauseating, and embarrassing. The magazine has been progressively leaning left since its founding by Billy Graham and some lifetime Fundamentalists. Most of those Baptists and Presbyterians were ashamed of their church heritage and had insatiable desires for acceptance and respectability in the religious world.

CT is known for being spineless and for decades has been known for not having strong opinions about anything—except an undisguised loathing for biblical Christianity, and now Trump. This has been a steady regression since Billy Graham gave the first $10,000 to start the magazine in 1956.

Long ago, liberal Evangelicals at Christianity Today digressed, departed, and deserted biblical Christianity; so their unfair, untrue, and unprovoked attack on President Trump in December of 2019 was not surprising. Some of what they wrote was legitimate; however, they did not make a successful case for his removal. They did not think his defense of unborn babies, a strong judiciary, and a strong economy, tax cuts, protecting religious freedom, and other promises made and kept were impressive enough to vindicate his mistakes.

The writer did not deal with the alternative to Trump being Hillary nor with the fact that the leftist haters have made many undisguised efforts to drive him from office however unfair, unlawful, and untruthful those efforts. Trump is hated for his abortion stand, his strong America- first agenda, and his willingness to reprove, rebuke, and ridicule the false media. Leftists don’t like strength, consistency, and willingness to fight for right.

Liberal Evangelicals are wimps, not warriors, and they don’t understand that principled people love truth enough to fight for it. Most liberal Evangelical leaders will not fight unbelief and corruption, but they gladly fight committed Christians over anything—especially their support of Trump! As a Christian virtue, love is greater than faith and hope (1st Corinthians 13:13), but it is not greater than truth! When truth is absent, love, hope, and faith will produce a cult.

Soft Evangelicalism has become as cultish as far right Fundamentalism. 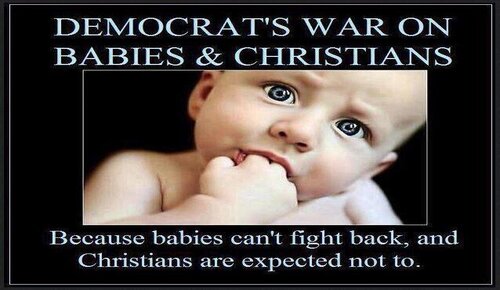 The very loose CT crowd wants to present a soft, sophisticated, and scholarly persona to the world. That’s why compromising Evangelicals broke away from traditional orthodox Christians whom they perceived were not sensitive (enough) to social justice, ecumenism, climate change, etc.

There is concern on the part of liberal Evangelicals that Bible believers are not cognizant, concerned, or committed to social problems; however, astute Christians know that their main message is Christ and His death and resurrection. They remembered the debacle in the 1920s when the social gospel was preached and it destroyed leading denominations; therefore, concerned Christians wanted to steer away from that deadly mistake.

Christianity Today has been pushing full steam ahead toward a political utopia from its inception.

Christianity Today is more dedicated to “love” than truth which is the main reason they don’t have convictions and they can run with the hare and hunt with the hounds. They seek peace and unity at all costs and with that attitude, truth is always the casualty. Consequently, CT devotees are fearful of strong personalities who know what they believe. According to the philosophy of CT, Christians must never be perceived as definitive, strong, determined, confrontational—hence the CT hatred of these qualities also in Trump who is certainly no Fundamentalist.

Weak Evangelicals write about civility and usually practice it with unbelievers and fellow-Evangelicals, but often are most unkind, unfair, and uncivil when dealing with Fundamentalists. After all, tolerance only goes so far!

Weak Evangelicals have proved to be what astute people knew they always were: a hodgepodge of theological lightweights (with a few heavyweights), philosophical cripples, and devotees of political correctness.

This recent article was correct in that Christian leaders were complicit or very silent about slavery. I will further and say that Baptist pastors, a powerful presence at the time, failed in raising a loud voice in protest. But the article did not have balance and it appeared to be written by an uninformed writer or one wishing to present a distorted, disingenuous, even dishonest picture.

The article was a hit piece and could have been written by the most radical Black Lives Matter hustler. The pitch is that all slave owners were brutes and barbarians, and all slaves were mistreated. Of course, slavery is wrong under all conditions; however, a journalist is expected to be honest especially in an alleged Christian magazine.

If a reader didn’t know, he might think it was a guest editorial by Al Sharpton in his weekly bid to inflame the issue, to appeal for support for his racist cause, and to justify the behavior of BLM haters. However, the article was written by CT’s President and CEO Timothy Dalrymple.

In his desire to endear himself to the radical left, Dalrymple placed himself on the side of the race-baiters often known as “civil rights leaders” who are using slavery to demand that all Blacks be awarded massive payments to atone for the slavery of more than 150 years ago! This on-rushing bandwagon (full of explosives), may cause more racial strife than forced busing for school integration! Radical black leaders are demanding that U.S. taxpayers pay the descendants of slaves a suggested $1,000,000 each!

Not if pigs learn to fly. Or even, hippopotami. 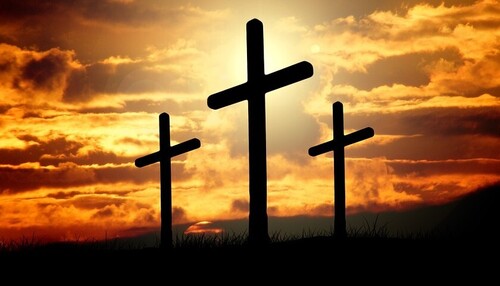 Some slave owners saw the wisdom in taking care of their slaves, even encouraging marriage to the extent of giving them a house, a plot of ground, and household goods. A slave with a family, home, garden, and some farm animals would be less inclined to rebellion. Slaves were not worked from daybreak to sundown. The Natural History reported, “Slaves spent their hours away from the field doing household chores, making handicrafts, hunting, and fishing, cultivating their own food, and entertaining themselves with dancing.” Archeological research at slave cabins in Georgia and Florida reveals that some slaves even had firearms!

However, rumors that an NRA sticker was found on a window pane have not been substantiated.

Black leftists would have us believe that all slaves were worked to death and were practically starved to death. However, that only happened when the owner was a sadist or an idiot! Two liberal (very liberal) professors tell us in their book, Time On The Cross: The Economics Of American Negro Slavery that some planters instituted a profit-sharing for their slaves. They also tell us, “the average pecuniary income actually received by a prime field hand was roughly fifteen percent greater than the income he would have received for his labor as a free agricultural worker.” Wonder why public school books and race-baiters on television never mention that?

On some plantations, the best workers were given tobacco, whiskey, cash, holidays, and trips to town on the weekend. Rather substantial year-end bonuses were sometimes awarded.

However, the CT article indicated the editor was uninformed or purposely sought to mislead its readers. The article also spoke to the issues of black prison incarceration and the wage gap.

Dalrymple did not suggest that there are more Blacks in prison because they commit more crimes. But I suppose that is a truth that everyone knows but is supposed to be suppressed. The data shows that 93% of black homicide victims are killed by other Blacks. Blacks, consisting of 13% of the population, commit violent crimes at 7 to 10 times the rate that Whites do. Maybe, just maybe that is the reason more Blacks than Whites are in prison.

Of course, he did not mention the trillions of dollars America has poured into helping Blacks but without impressive or obvious results—or without a degree of appreciation. The gap would soon disappear if the black families were intact, kids stayed in school, Blacks worked at any job responsibility, enrolled in college or trade school, etc.

CT was wrong. Many of the black problems are the fault of black leaders who make a good living riding on the backs of poor Blacks. Also, some white and black politicians have a vested interest in keeping the Blacks down on the plantation. Many Blacks are living today in far worse conditions than did some black slaves on Virginia tobacco farms.

The article declared, “Black lives matter. They matter so much that Jesus sacrificed everything for them. Are we willing to sacrifice as well?” He favorably mentions the exploitive term Black lives matter with no criticism of the concept that black lives are any more important than white, yellow, or polka dot lives. Neither does he suggest that BLM should be repudiated by all decent, thinking, caring persons.

When Christianity Today had a chance to take a principled stand against all evil and for true equality, they caved to political correctness which is personal cowardice.

CT is a very loosey-goosey magazine that wants to present a soft, sophisticated, and scholarly persona to the world. Their attempt to appear brief, bright, and brotherly came across as meek, mild, and motherly.

I wonder if Billy Graham would think his $10,000 founding gift was a worthy investment!

(Dr. Don Boys is a former member of the Indiana House of Representatives who ran a large Christian school in Indianapolis and wrote columns for USA Today for 8 years. Boys authored 18 books, the most recent Muslim Invasion: The Fuse is Burning! eBook is available here with the printed edition (and other titles) at www.cstnews.com. Follow him on Facebook at Don Boys, Ph.D., and visit his blog. Send a request to DBoysphd@aol.com for a free subscription to his articles, and click here to support his work with a donation.)