There are protests breaking out all over the country in response to the Draconian actions and Police State Tactics of some states!

Note that the states called out are run by Communist, China Loving, Baby Killing Democrats 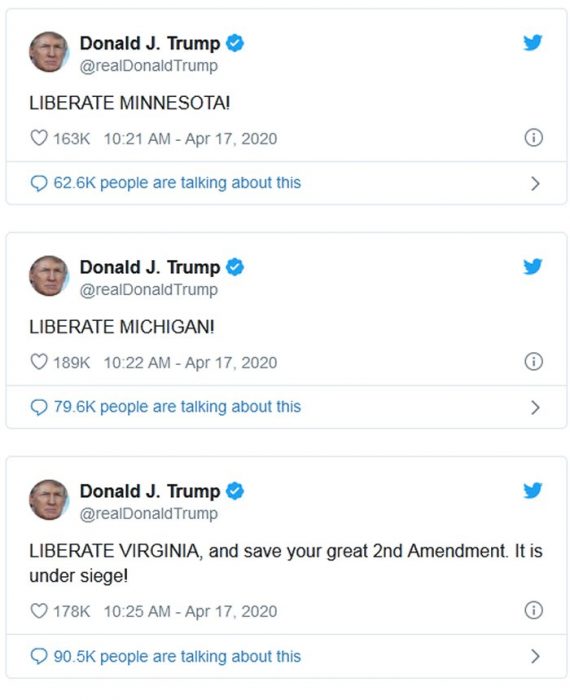 Report – This Is What Happens When America Wakes Up!!! 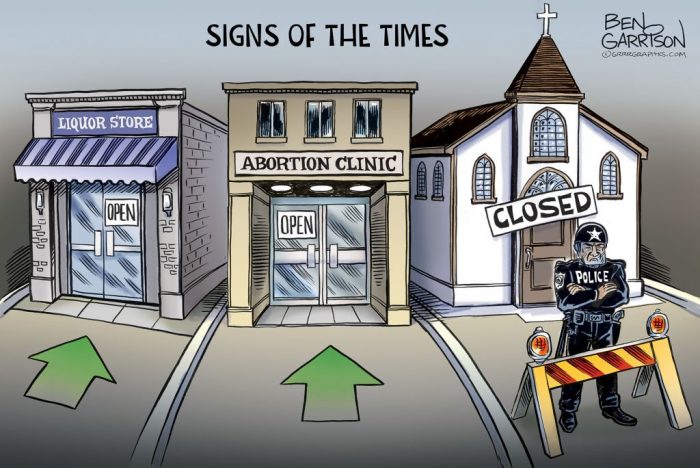 When Will Freedom Break out?

Alexandria Ocasio Cortez, the outspoken socialist, referred to Christianity as a ‘ridiculous superstition.”

Ben Garrison | grrrgraphics.com The Democrats have become the socialist party. They have become the anti-Christian party. Bernie Sanders constantly railed against ‘religious bigotry.” He was referring to Christianity, because many Christians do not like transvestites in demonic garb making sexual advances toward children at public libraries. Christians do not like abortion. The Democrats love abortion with an almost religious fervor. They worship it. They want to harass anyone who disagrees with them.

That’s what the police have been doing to churchgoers during this scamdemic. We have seen pastors and churchgoers getting arrested and fined. It’s an outrage. Social distancing is merely a recommendation from corrupt medical ‘authorities’ such as Dr. Fauci. It’s not the law. The Constitution trumps their recommendations and We The People have a right to freely travel. We have a right to assemble. The police are violating their oath to the Constitution by carrying out illegal mandates from tyrants.

Police need to stop enforcing such unlawful orders. They need to stop harassing Christians on behalf of the globalist medical tyrants. After all, globalism is just another form of socialism. The elite want complete obedience to global government rule. They want people to be dependent on government and God interferes with that. The Illuminati want everyone around the globe to worship Big Brother government—not God. They want a one-world religion and it’s not Christianity.

Separation of church and state is a wise thing, but when the state separates the religious from their churches, it’s a very dangerous thing. – Ben Garrison